I love .NET and C#, however I try to read as much as I can about its rivals and about what’s new. Being religious about a technology it’s not the way to go, every choice has its pros and cons, and for this reason, developers need to be aware of the weak and strong points of using one technology over another and in which scenarios one is better. Had Microsoft not change its mindset and strategy (going open source and stuff..), I might have had to consider changing my main programming language, however, it’s with a big smile on my face that I think the .NET stack’s future looks very healthy 🙂 and with this said let’s talk about .NET Core and .NET Core 2.0.

I’ve heard quite a bit about .NET Core and have been quite eager to try it! Migrating from Framework 4.5 to .NET Core in my current day job team has been discussed, however, it would take some time and would introduce risks that, at this precise moment, we figured it would not be worth taking. But since .NET Core 2.0 was announced last month, I decided to read a little bit more about the subject, and put together a couple of resources I have acquired here and there about this topic.

To start with, this podcast got me really excited about .NET Core. I always like to hear the full show, but if you are short on time, start at the 19m50s/57m00s time mark, where Damian Edwards starts talking about its performance improvements. You can also read this post – ASP.NET Core – 2300% More Requests Served Per Second – about the new performance achievements, which was written by Ben Adams – one key contributor to the aspnet/KestrelHttpServer repository. Optimization is always a good thing and that’s why I have previously written about this – Optimising a dot.net solution on the SQL platform.

I am a big fan of video courses and here is one that I recommend about .NET Core (you need to have subscription – sorry). Roland Guijt does a great job explaining, with a practical approach, the benefits and the changes that .NET Core brought.

Additionally, last month (August 2017), .NET Core 2 was announced and one of the big changes from the previous version, is that it can now support 70% of the NuGet packages (without the need for existing libraries to be ported to the .NET Standard), which had been one of the complaints about the previous version .NET Core (that it lacked existing libraries support). You can check this video here.

A quick sum up of the benefits .NET Core brings, from my point of view: 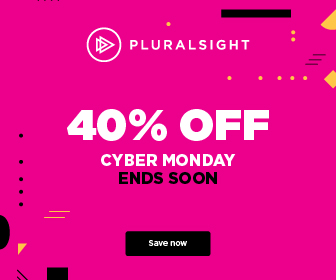 40% Off Pluralsight - Our Best Black Friday Deal Ever